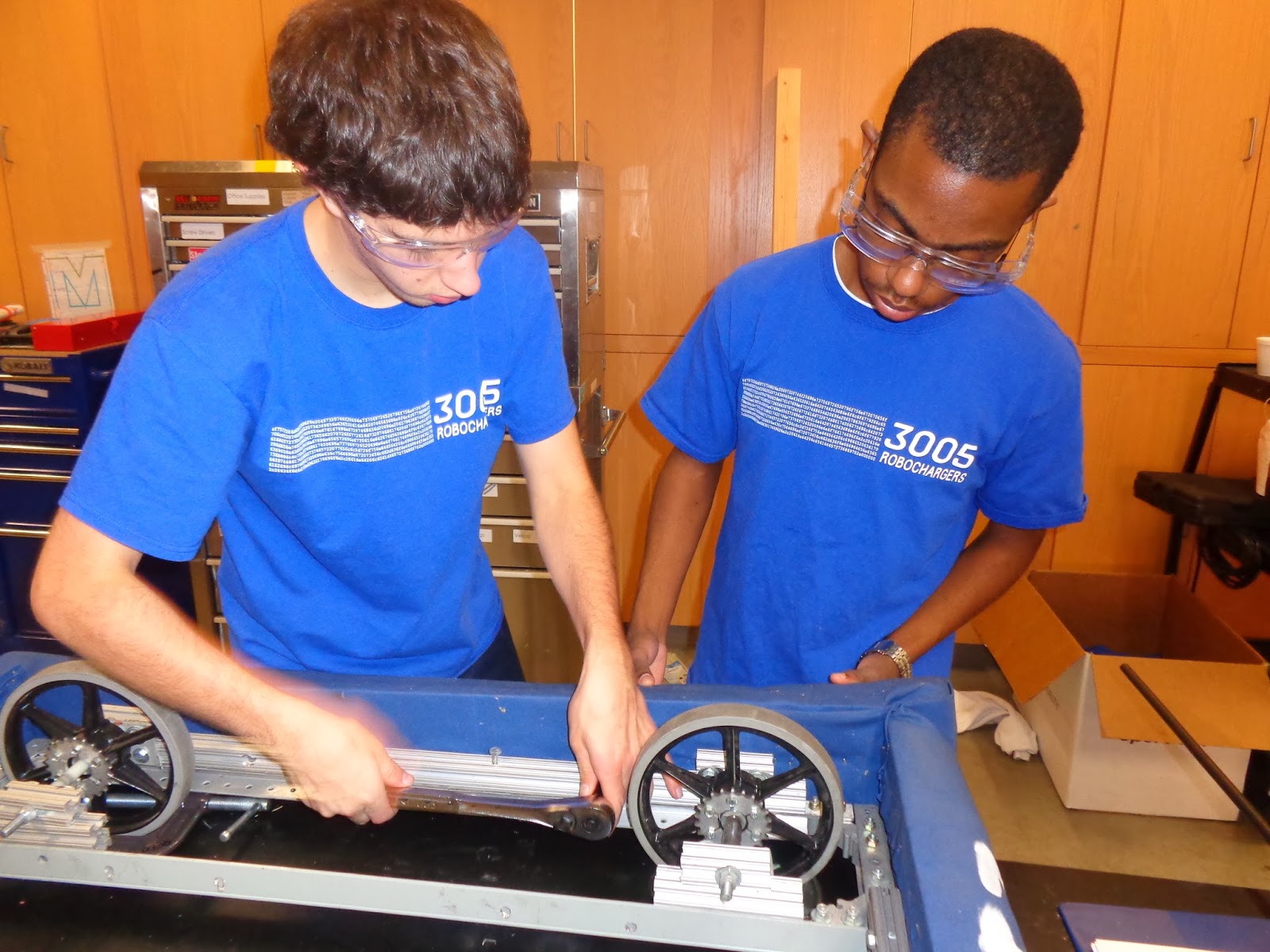 Build season comes and goes in a blur – so we needed to get right to work to be ready for our first in-season meeting only three days away!  After our kickoff day festivities wrapped up we headed over to team mentor Steve Smith’s humble abode for the first of many evening strategy meetings. We outlined our goals for the next day’s field build session before wrapping up the long day with a Home Depot run.

We were back at it bright and early and focused on achieving our goal: to build one-half of a goal to the correct specs for use in the rest of the season.  The temperature was lower than ideal (kerosene heaters to the rescue) but we pushed through like . . . some kind of large pushy machine . . that keeps pushing things . . .

We lugged all of the completed field elements to the school on Tuesday and completed the assembly of our Aerial Assist goal.  It looked pretty swanky once it was all done, if we do say so ourselves.  Everyone was a little surprised at the actual size of the goals once they were assembled.  We taped off some 18′ sections in the hallway and the students broke up into ‘robot alliances’ to participate in some mock matches which helped them better understand the assists and visualize what our robot will need to be able to do.

The team gathered for another brainstorming session on Thursday.  We narrowed down the design aspects that we considered critical (able to pick up from a wide variety of angles, shoot into the high goal) and those we felt we wouldn’t actively design for (goalie bot, catching mechanism).  We also discussed what we thought an average score would be in qualifying and elimination rounds as well as how many points we would want to target to be able to perform by ourselves, if the need arose.  By the end of the meeting we had a much clearer direction for the type of robot we want to be.

Our first Saturday of the season was a great success and we were able to get the first shooter and intake prototypes up and running.  The programming team were rockstars (r0ckst4rz?) and were able to get three robots up and running and we will be using them in a couple of weeks for driver training.  We also made some good headway in putting together our AM14U base, though there was a hiccup or two in the process.  Progress was great and the team can look back with pride on our first week of build season.