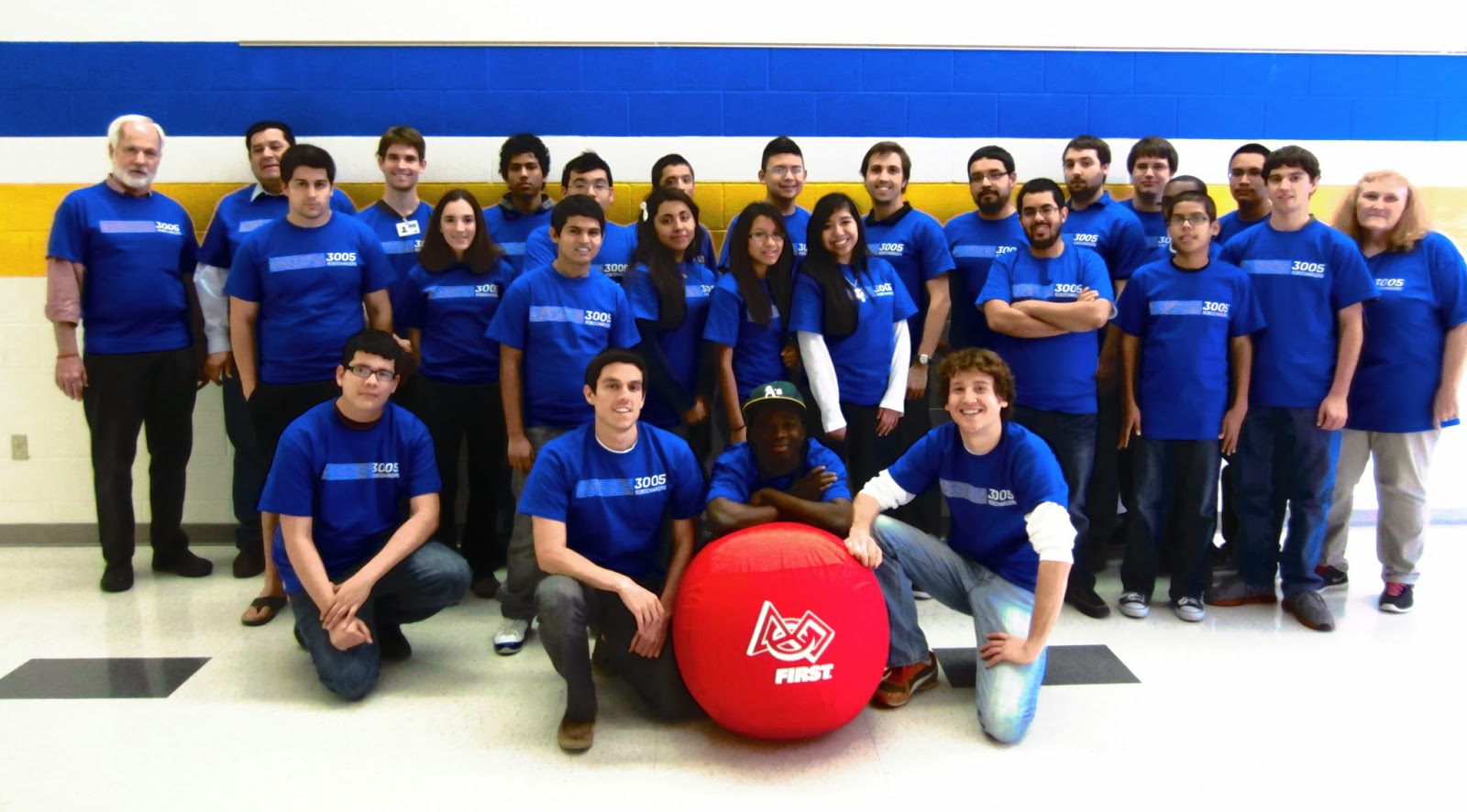 Our team returned after the holiday break rested and ready for the new season.  An early wake-up call on a Saturday was no problem and the team arrived eager to learn what challenge FRC had for us this year.  (Though the promise of donuts and coffee certainly didn’t hurt.)

With so many team members never having experienced a kickoff day before, the mood was one of excitement and energy.  The first order of business: our new team shirts!!  What’s classier than a robot wearing a top hat and a monocle?  Rhetorical question.  The answer is nothing.

Rumors of what the 2014 game would be were flying fast and furious, but we didn’t have to wait long for the broadcast to start and the game to be revealed.  When the video ended the veteran mentors provided their initial impressions of the game to give all the rookies some perspective on the task ahead.  “The gameplay looks to be quite complex, but I think having only one ball in play will make for some fun and interesting game play.” said Rachel Moore, lead mentor and 13 year FRC veteran.

The first step to a successful strategy: knowing the rules of the game.  To that end, the team took a good 90 minutes of quiet study time to familiarize ourselves with the different sections of the manual and gain a basic understanding of gameplay.  After breaking for lunch we reconvened and engaged in team discussions to clarify any gray areas we had in the rules and to identify any aspects of the gameplay that we may want further clarification on.