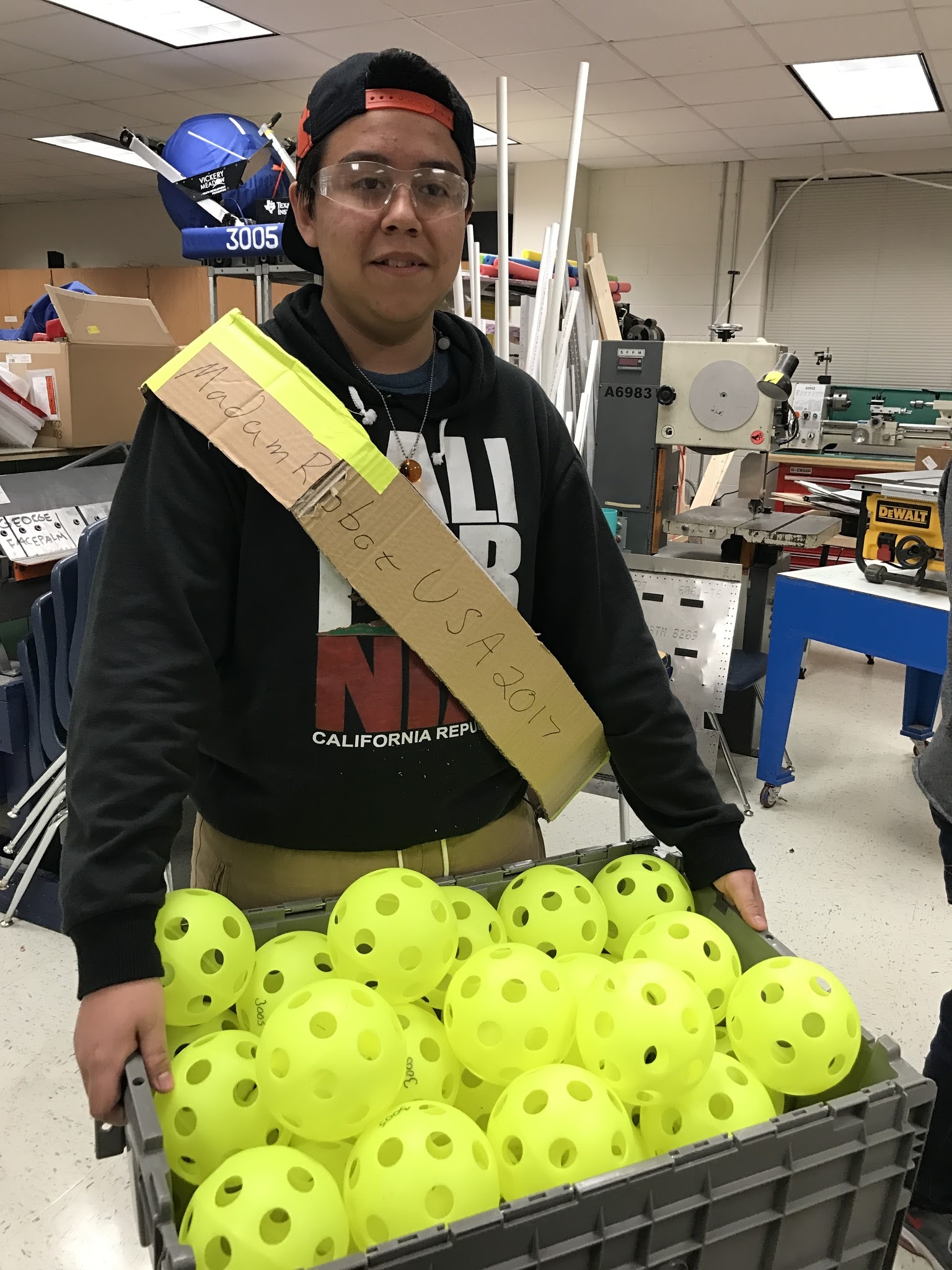 Saturday was a pretty critical day. We basically had 6 hours total of meeting time during the entire school week, and tacked on another 9 hours on Saturday.

While the Tuesday through Thursday prototyping was predominately build via rough hand tools, we began to upgrade prototypes to CAD driven detailed prototypes to get us close, and adding  plenty of extra holes to facilitate testing.

One of the first upgraded prototypes was a passive gear system that can receive a gear from the retrieval zone, and then either score it on the peg, or potentially dump it on the ground with a single actuator. 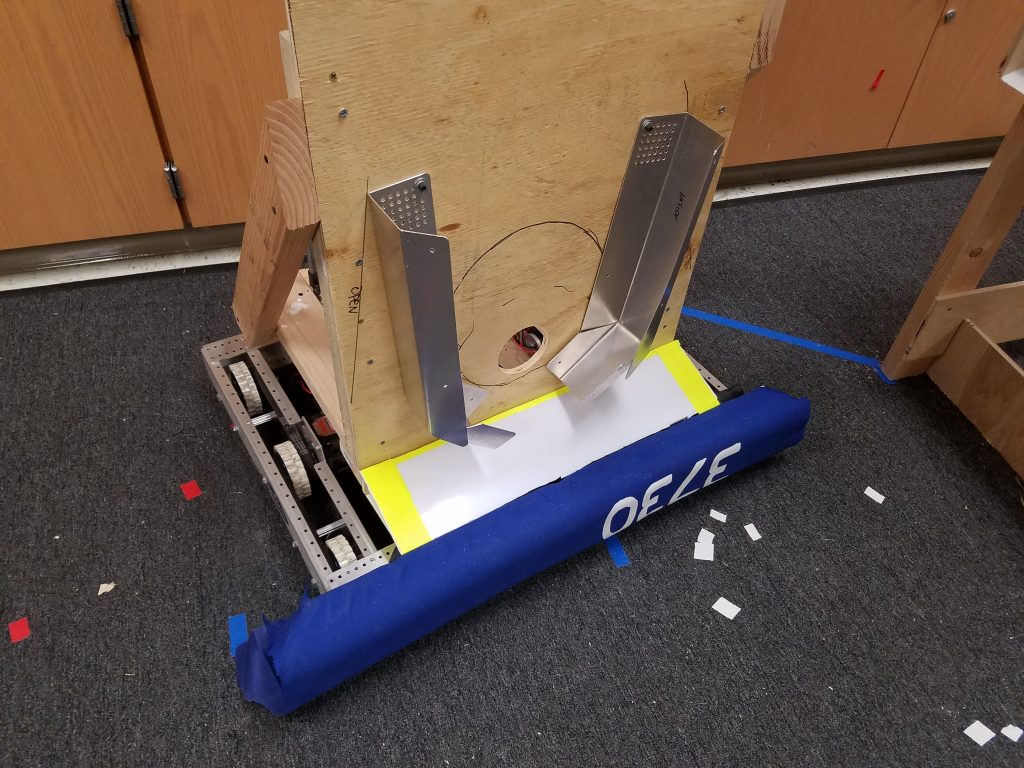 We also began testing a gear intake system. The front roller drives the gear backward into the rear roller which then lifts it. The front roller is sprung to allow a shorter overall length. We also played with the idea of sending the gear to the rear of the robot, to get it in a vertical orientation to score. 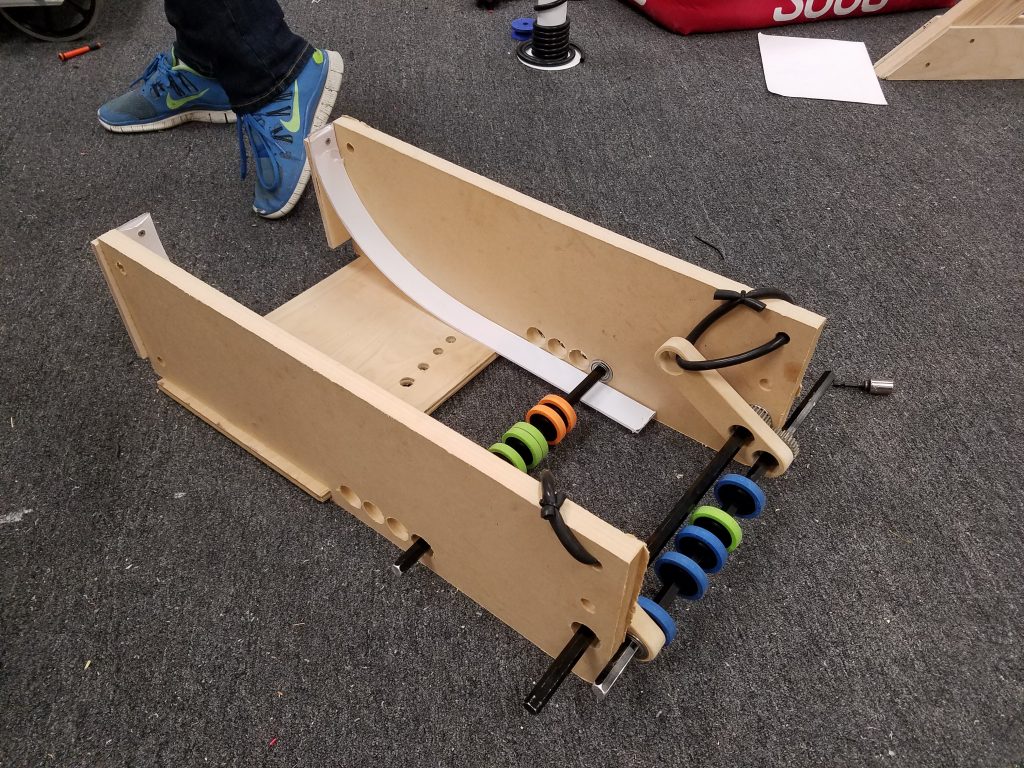 We also upgraded our shooter by powering it off a CIM and belt drive system, with a full sized battery. We added a rough intake to it and began testing how it performed while firing fuel in quick succession. 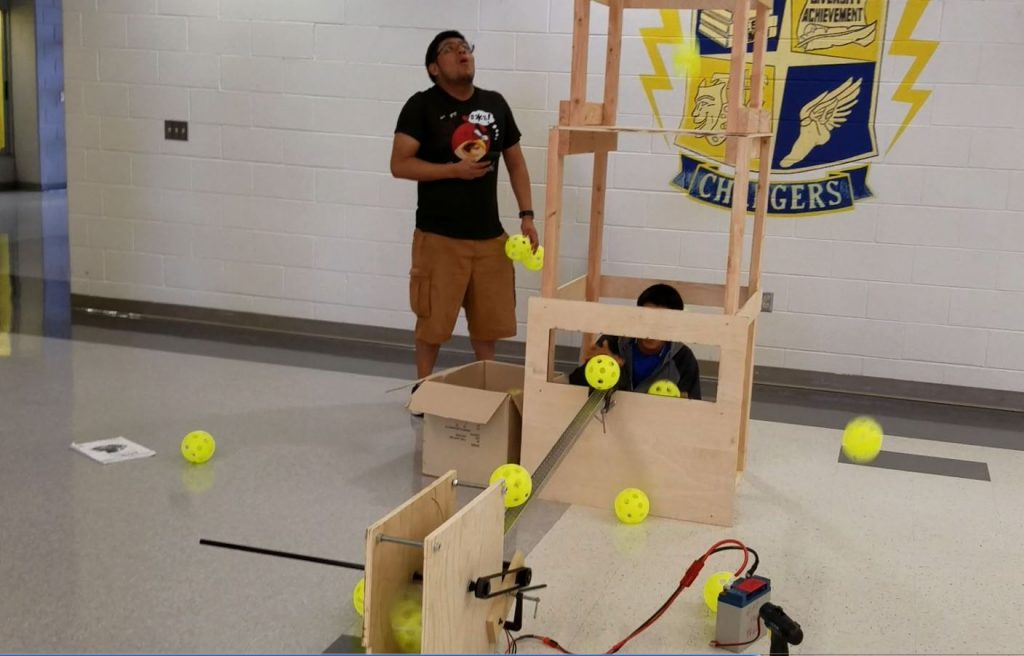