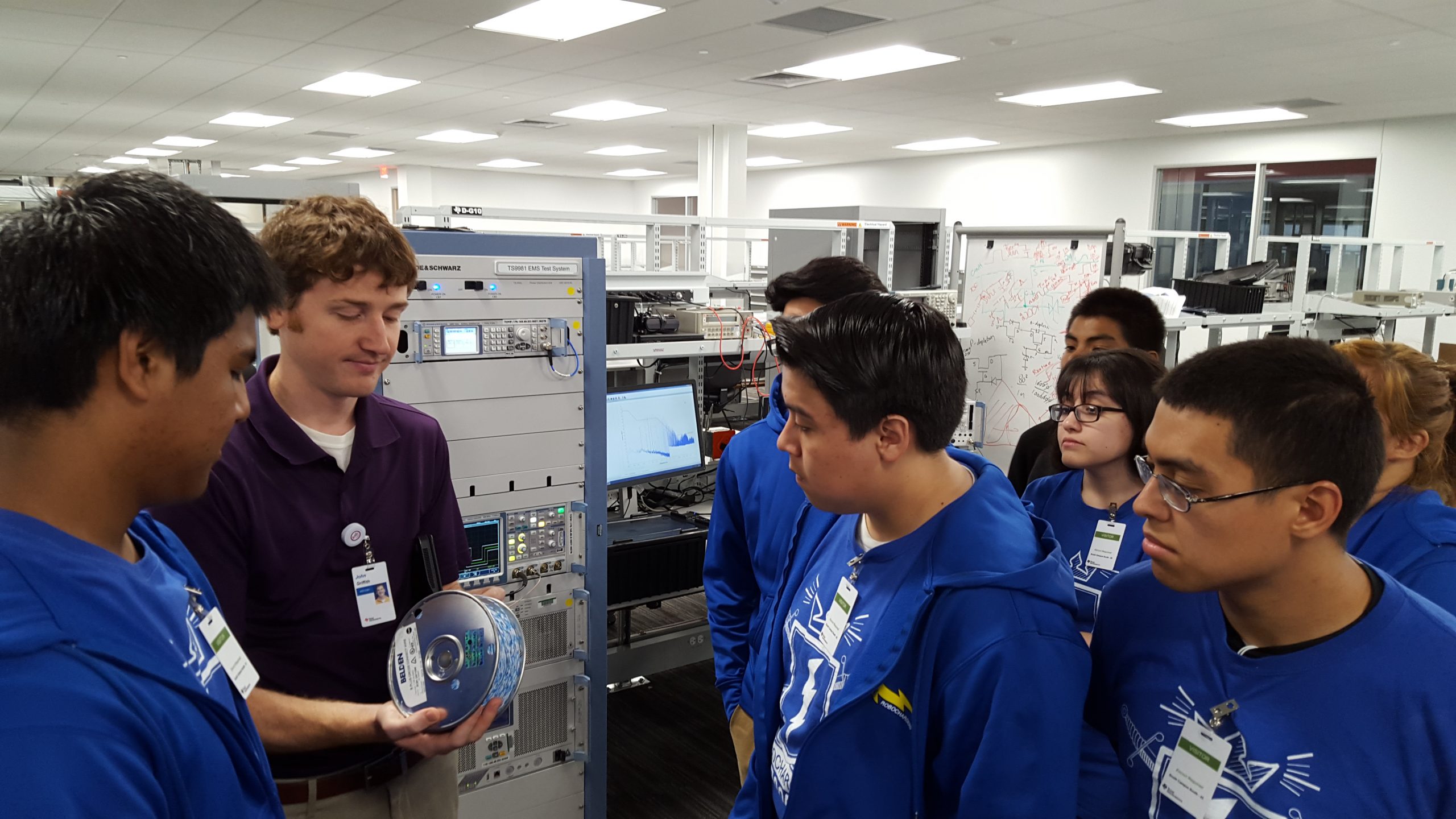 Thursday, we continued to build prototypes, but we also wanted to start getting some more quantifiable data off of them. Additionally, we finished the spindle upgrade on the gantry mill, and began some work on vision targeting.

Few positive notes, we got our shipment of game pieces in, so now we have more to test ball to ball variability, as well as have extras when it comes time for driver practice.

Our programming team spent a little time working on vision tracking, and testing out the ring light, camera, etc.

A little more work on the intake today. We added a 2nd roller just for testing. The idea was whether or not instead of just doing an intake over the bumper, if you could “suck up” the ball and hold it inside the intake, as well as spit it out. The benefits would be that you might be able to control the ball outside your frame perimeter to stay under the 16″ low bar more easily, as well as potentially avoiding a secondary holding area inside the robot. We’re not quite to the point where any of this is a design requirement, but its nice to know it is an option and pretty easy to implement.

Additionally, we were able to continue the progress on our wheeled shooter prototype. Again, we’re not 100% sure how it will play into our strategy. Clearly, a high goal shooter is a nice feature to have if it is consistent enough to count on and doesn’t cause other packaging issues, but we don’t want to sacrifice time and other subsystems to make it work. We’ll continue prototyping this on the side while drivetrain and intake development takes priority.

Here are a couple videos of the wheeled shooter in action. Still not ready for prime time, but getting to the point where we agree “it could be a thing.” Next steps will probably be to gear it a little faster and to take some measurements on the actual free speed. With the CIMs driving it at a 1:1 ratio, we’re ballpark 5000 RPM right now on a 4″ VEX wheel.