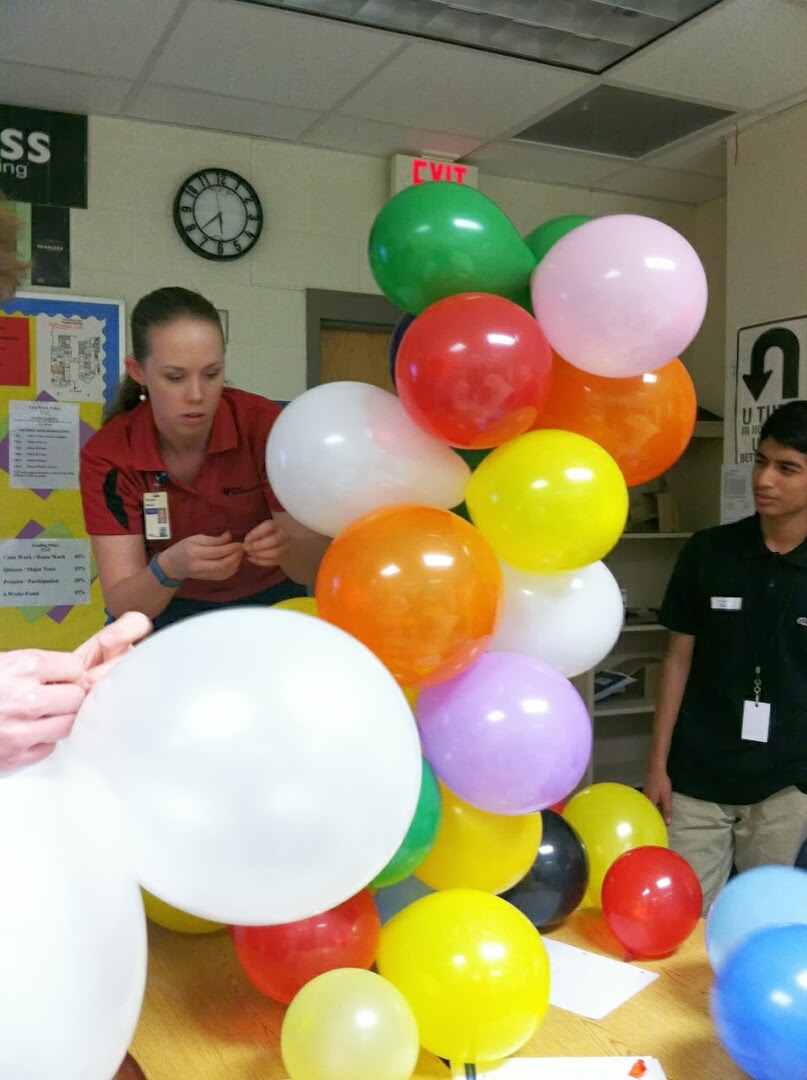 We are FRC3005, The RoboChargers from Conrad High School!

Our first meeting of the year was an ‘open-invitation’ affair where any student with interest, or just a curiosity, in robotics could stop in and learn what this team is all about.  After reviewing some basic information about FIRST/FRC and briefly discussing our goals for this year, we moved on to an icebreaker.

Now that we weren’t all strangers, we moved on to the Engineering Challenge for the day: Balloon Tower.

Each team was given supplies consisting of a pack of balloons and a roll of tape and tasked with building the tallest tower possible in 15 minutes.  Several teams put together some impressive towers and the winning team’s effort came in at over 50″ in height.  It was a fun exercise and everyone looked forward to the next meeting and another Engineering Challenge!