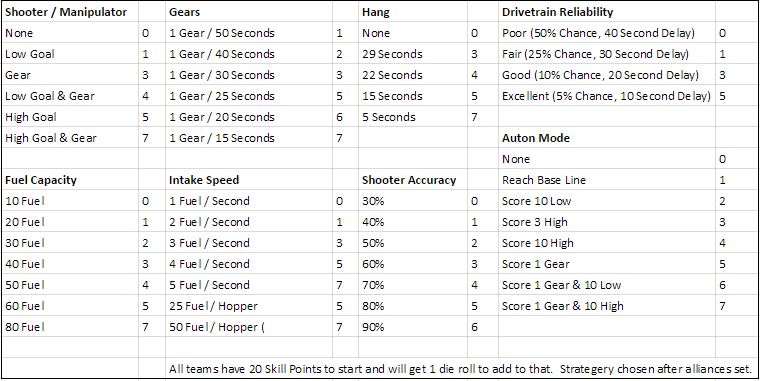 The first half of the meeting was spent revisiting the rules, with a little added context as we all had a chance to let them soak in over the weekend. While we aren’t yet trying to pick a robot design, we began to move past just memorizing a fact (fuel is worth 1 pt in the high goal in auton), but how it relates to other facts (how much more/less valuable is this than a gear? or a low goal shot? etc).

We also started discussing the concept of cycle times. Is it feasible for a single robot to move 12 gears from the retrieval zone to the airship in a match? This requires 12 “cycles” and ~10-15 second cycle time to cover 50-75ft, so we believe it is unlikely. Typical cycles seem to range between 2-8, with better teams able to achieve the upper half of that range, and that looks to hold true for STEAMWorks.

We then began the discussions of the Robot Actions List. The goal is to not worry too much about how the robot will do it, but what actions could occur within the game structure that have some value.

Marco put together a design game this year (title image) in which teams of students were given skill points to design a robot. Each skill tree offered progressively more features, with a rough approximation of the “real investment” it might take to achieve that feature. The teams then presented their design choices and played 1 v 1 battles where we looked at what that robot could complete in a given match. 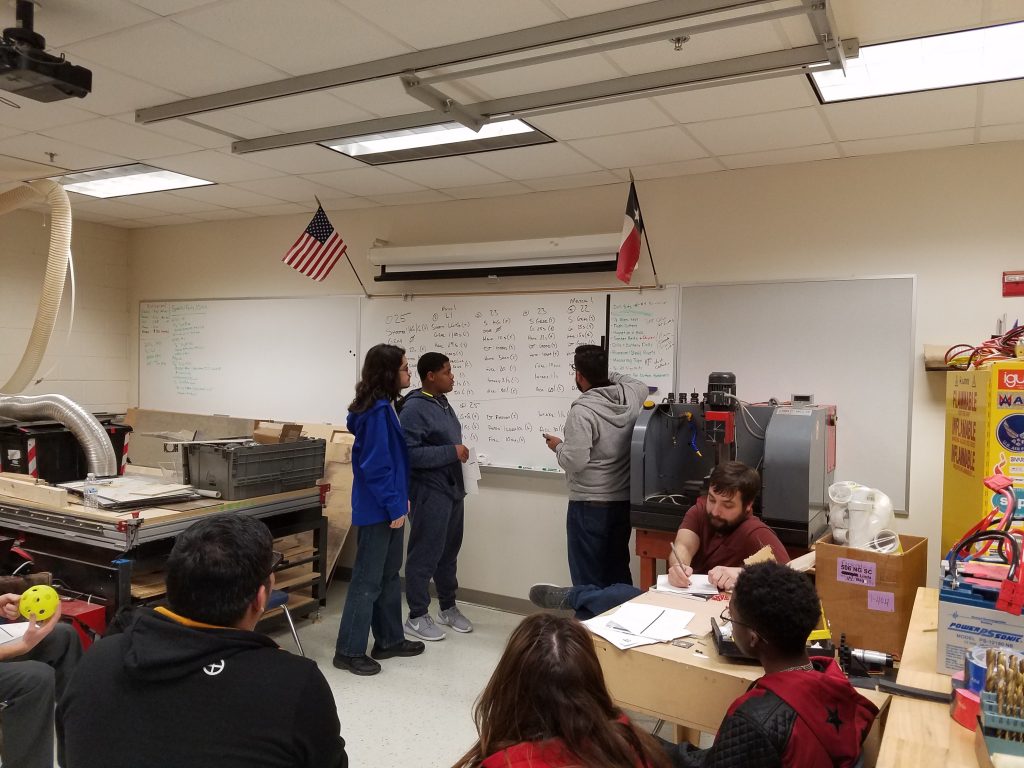 To add a little more fun to the mix, we also rolled to determine a “match wildcard” out of a list of team inside jokes from the years. 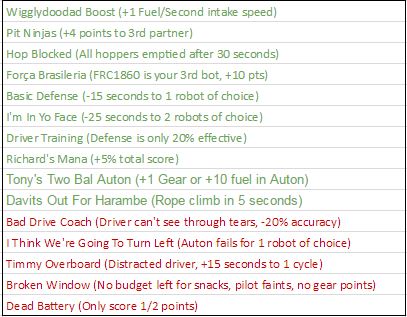 Here are what some of the matches ended up playing out like. Note, this isn’t our expected high scores on a consistent basis, or even the theoretical maximum of each design choice… just a little fun 🙂 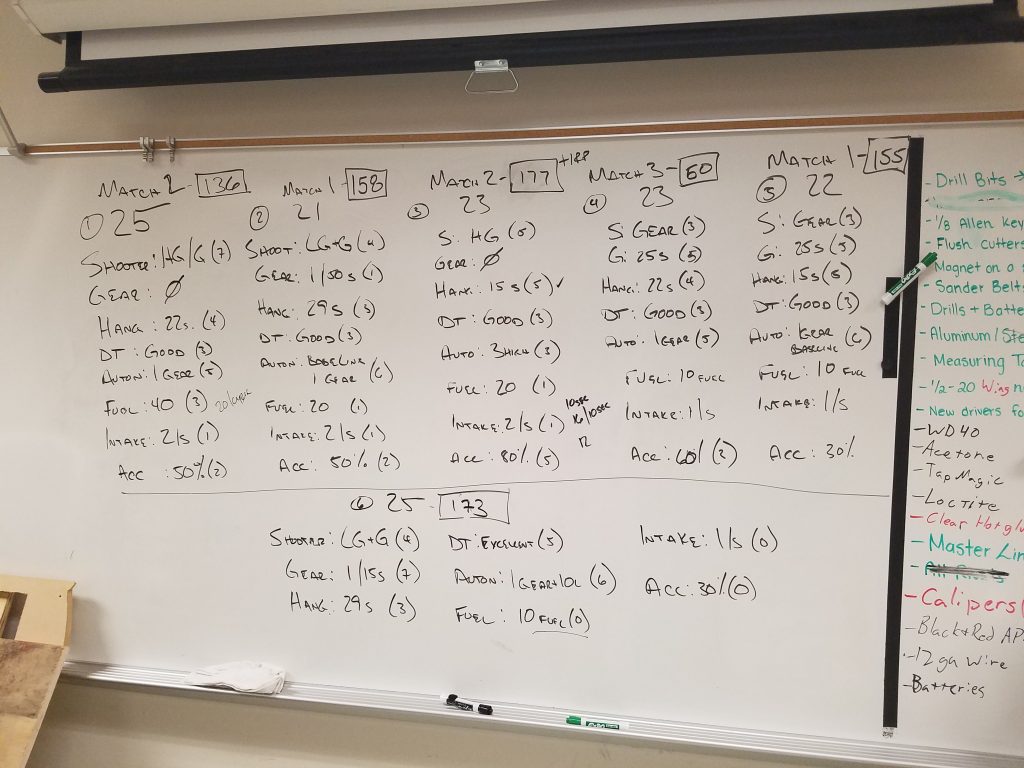