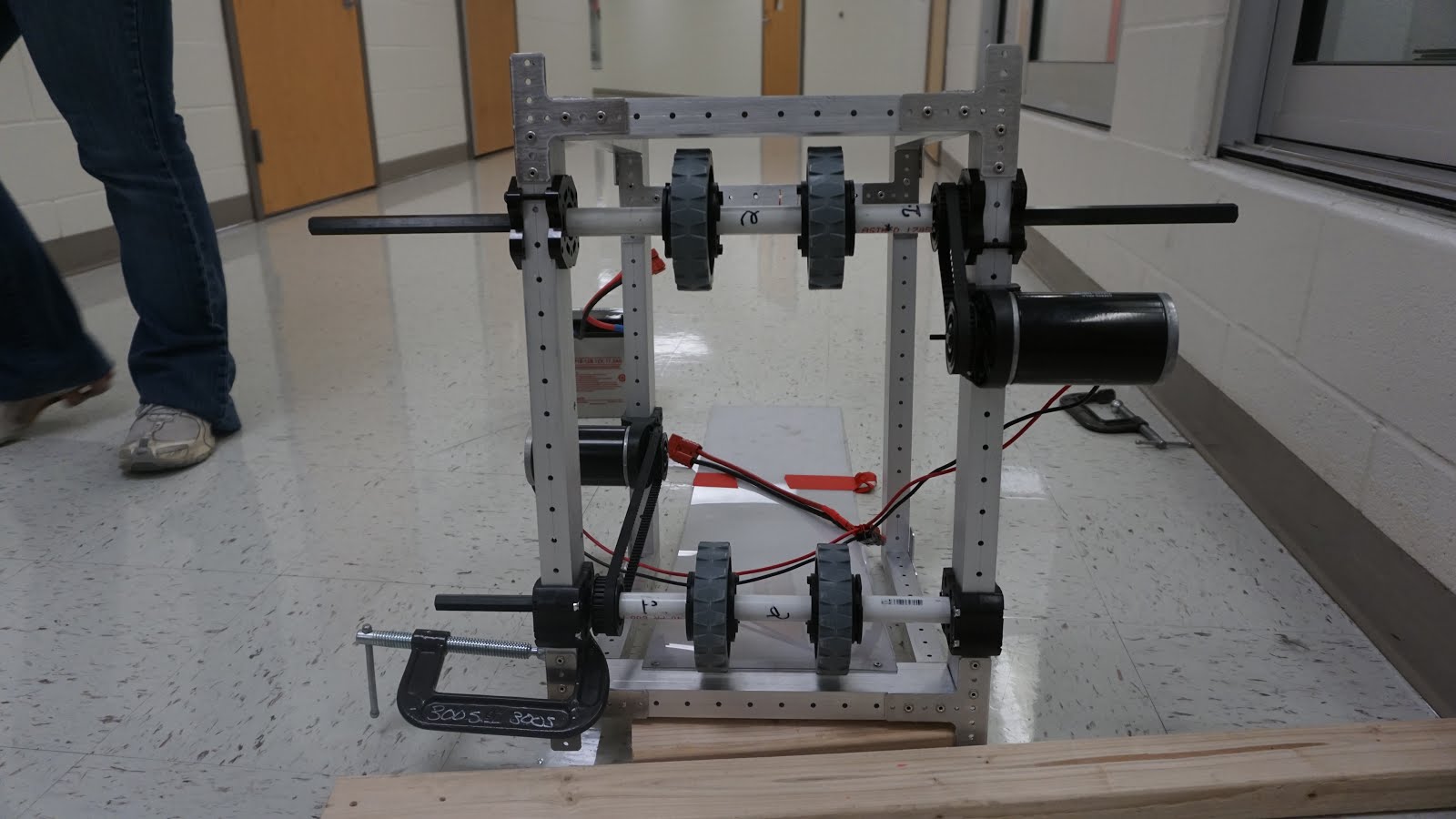 Wednesday our goal was to extend our first round of prototypes, as well as start making a more legitimate intake (and not turn this one into a shooter).

We like the idea of an over the top roller intake. It has been used successfully in many games, and we were happy with ours in 2016. We’ll need to pick the 10″ (nominal) boulder up over our bumper. If we mount it in the lowest position (4″ from ground) then we’ll need to go over a 9″ bumper. Technically, the rules state 5″ bumper +/- 0.5″, so we might be able to push it slightly lower.

We also spent some time refining our dual wheel ball shooter. While we weren’t able to prove it was better than the single wheel with our initial prototypes, the prototype was more developed and more rigid, so we felt we could get better data off it more quickly.

We did a little more work on our old drive train for prototyping. We expect our pneumatic wheels to arrive shortly, so we should get first hand data on how they traverse obstacles. We’ve been watching various videos (Ri3D, etc), and we feel pretty comfortable with the direction. However, because it is such a critical part of the game, we want to prototype first.

Finally, our catapult/kicker team, which actually started yesterday, got their prototype into a functional state. They will use it to get a basic understanding of the ball’s response to either a kicking type action, or a catapult throwing action.