We started into the year with great ambition and wild dreams of what we would quickly accomplish! Ehhh… reality. Certainly not a lost week by any means, but we ended up hitting a few snags and delays, immediately feeling “behind schedule” on things we had planned the prior week.

Two of the FLL teams we helped start a couple years ago at St. Thomas were looking for a new table, so they could have two practice fields set up simultaneously in their build meetings. Additionally, the practice table we made a couple years ago (2x4s and a sheet of 1/4″ plywood) was both a bit too bulky as well as heavy for the middle school students to comfortably handle. We decided to make them a couple new “Stow-and-Go” rigid foam tables. 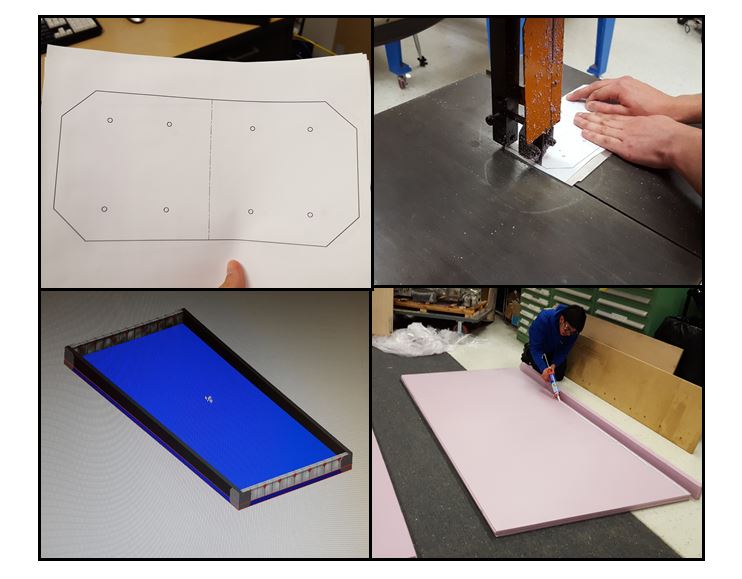 They turned out pretty well, and were a great project to let the students take on mostly on their own. We got to work with a little CAD to verify dimensions, cut and bend aluminum brackets on the bandsaw, use the bandsaw with a rip fence to cut down the foam strips, etc. Always good to see a project serve double duty as team outreach as well as member training.

Conrad was chosen as a host site for the DFW TEC quarterly board meeting, which was attended by our FIRST Regional Director, Mr. John Shellene, as well as our school district director for Career Education and Workforce Partnerships, Mr. Richard Grimsley. We offered to give the board members a tour of our shop, as well as a quick demonstration of our 2016 FRC Robot, Koopa. The group was so impressed, they also asked to be a part of the Dallas ISD STEM expo next February 🙂 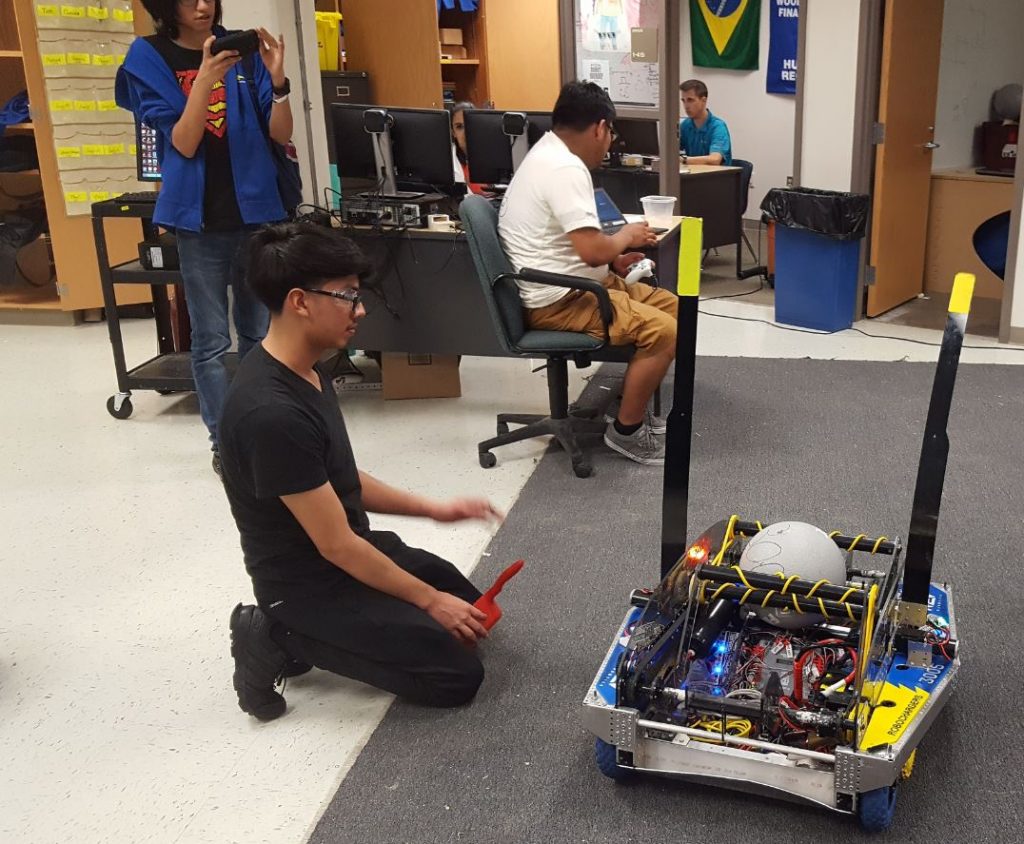 Very little progress on the MakerMill this week due to a couple snags. The shortest explanation I can give is that when programming a CNC mill, you end up defining the X, Y, Z axes in both your tool and program (CAM). You can also set a variety of reference limits, work coordinate systems, etc. on both the mill controller as well as in CAM. If all of these don’t line up, the program won’t execute. Some of the definitions seemed arbitrary and unchangeable, and we are working through fiddling with enough settings to just get the mill to move.

While admittedly a bit late, we did want to make sure we properly thanked our sponsors for their amazing support this season. We opted to go with custom plaques and a team picture, and delivered them to our Conrad High School principal, Vickery Meadows Youth Development Foundation, SVTronics, and Eagle Circuits. We’d also like to recognize our other sponsors, Texas Instruments, Boeing, Regal Plastics, FIRST in Texas, the Texas Workforce Commission, and the NCR Foundation. 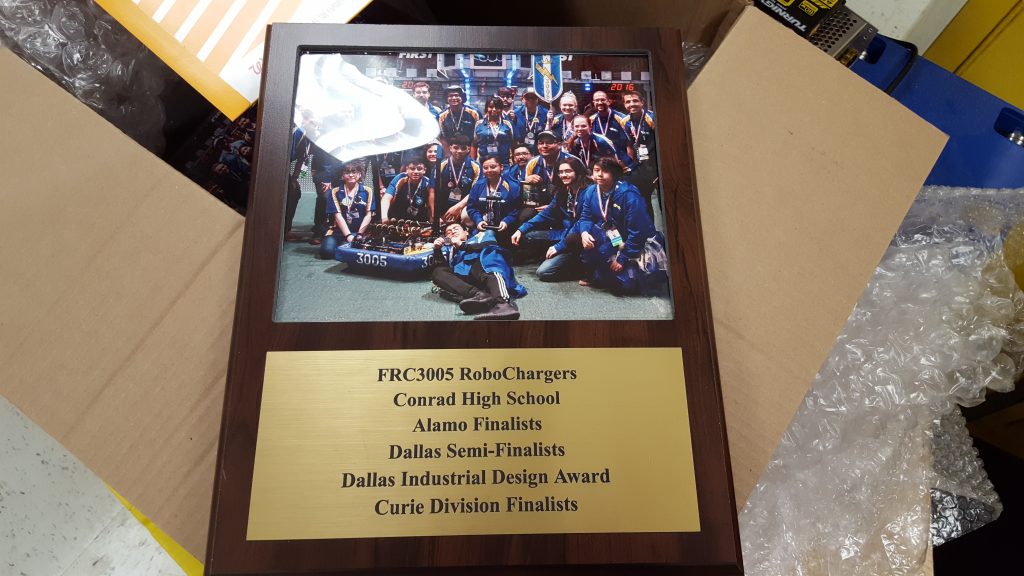 This week we also had to say goodbye to our dear friend, Troopa. While he never got a chance to taste the on-field success of his twin, Koopa, he still served a vital role in allowing the team to achieve the success we did this season. In the end, he was unceremoniously harvested for his expensive electronics, and the chassis was harvested as mementos for the students to hang on their walls 🙂