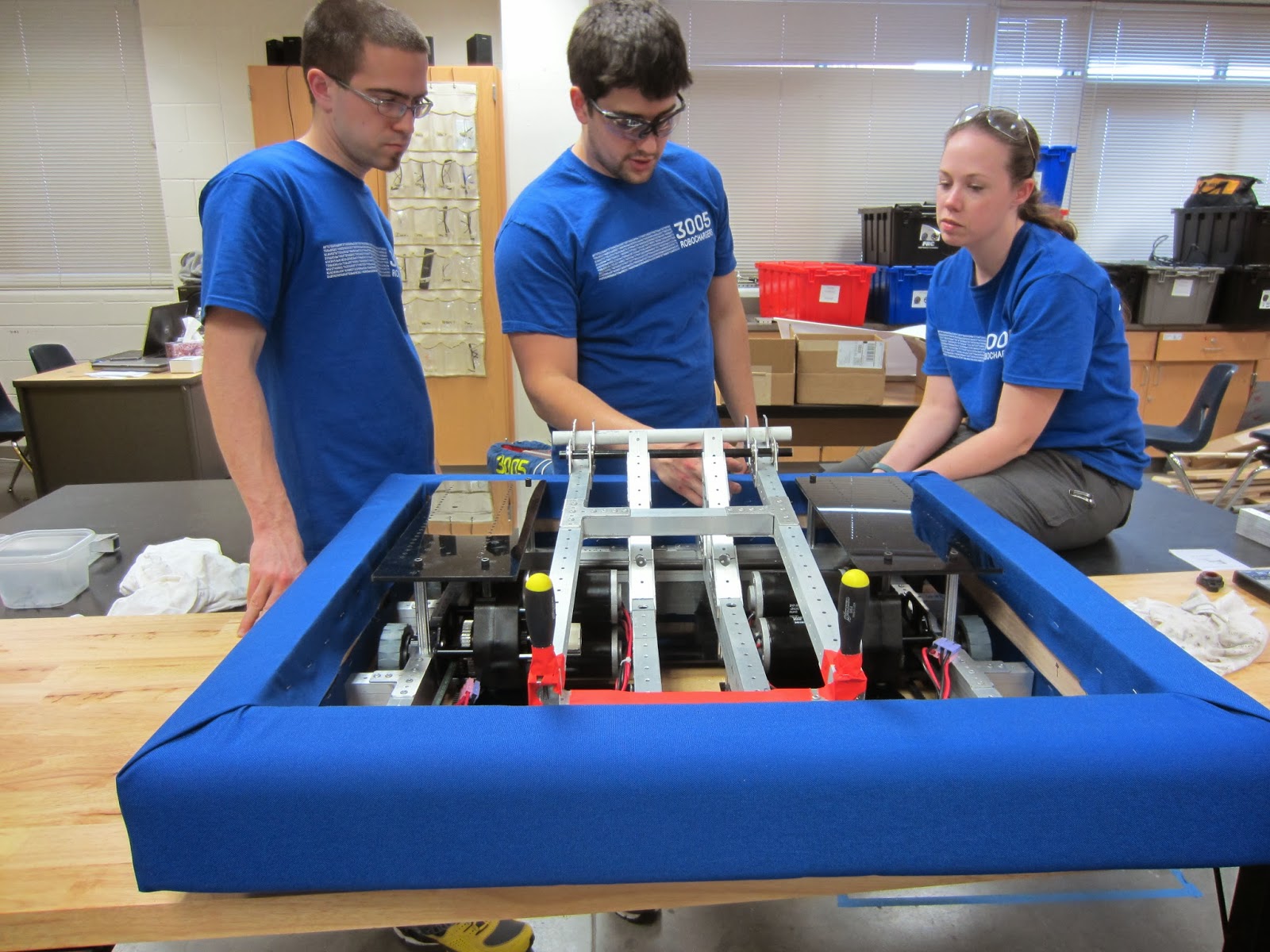 Week four began with a team meeting where we discussed some of the non-robot-building aspect of our season, including assisting students with scholarship applications and mentoring with any courses they may need.  Before diving back into the work space the team held a students-only meeting to discuss which mentor they wanted to nominate for the Woody Flowers Finalist Award.  After some discussion, the students narrowed the list down to two mentor finalists and agreed to reconvene on Thursday to finalize their nomination.

With the administrative stuff out of the way it was time for the lesson of the day: pneumatics!  Mentor John Griffith led a discussion explaining the basic components of a pneumatics system and then provided the students with some hands-on experience.  He tied the lesson together with a live demonstration by having the students plug their creation into the competition bot from our Rebound Rumble season.

The programming team continued their steady progress and continue to be the sub-system team that is furthest along.

Our Thursday meeting saw some good progress made on the competition bot.  The upper and lower shooter mechanisms started coming together, albeit with a riveting hiccup here and there.  The belly pan was etched out by our laser printer and the appropriate holes were then meticulously drilled out.

And then it was Saturday again.  Weeks are just flying by at this point.  With only a little more than two weeks left in the season it was time to begin preparing for driver tryouts.  The programming team set up a driving area in the gym in preparation for driver training which will begin in full next week.

As my grandmother used to say, “In front of every good robot there is a good bumper”, so our next task was clear: making our competition bumpers.  It took the greater portion of the day, but the end result was well worth it.  Now we need to do it again for our red bumper.

By the end of the day the competition bot really started to take shape but everyone is starting to feel the pressure with such little time remaining.  Look forward to next week when the competition bot will be wired up and driving.  Remember to check our progress throughout the week on Facebook and Twitter!
Facebook: http://www.facebook.com/FRC3005
Twitter: @FRC3005