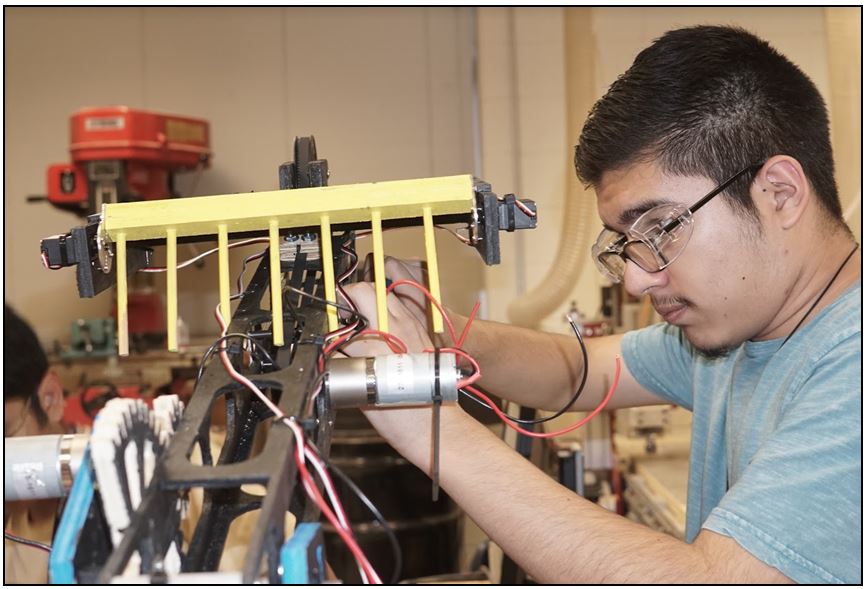 It doesn’t matter what competition we are in, or how well we think we planned out the build process… the final week always turns into a sprint for the finish line. We finished up the marketing presentation and notebook, but as of Monday, had yet to create ~90% of the robot and 50% of our booth.

Oscar let the charge to finish up the booth. His group created a PVC substructure that will be draped with black plastic to stimulate a starry night sky, with the painted panels being a “Corn Maze” entryway. 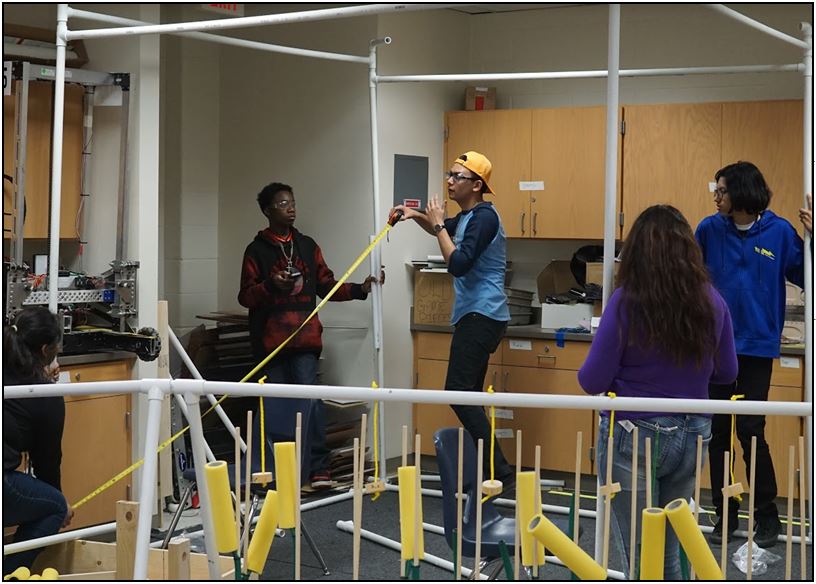 Additionally, we you know… made the robot 🙂 Ended up a little light on pictures due to the rush to the finish. We spent most of Monday and Tuesday doing the CAD/CAM, Wednesday/Thursday were mostly the assembly days, with Friday for painting and wiring. 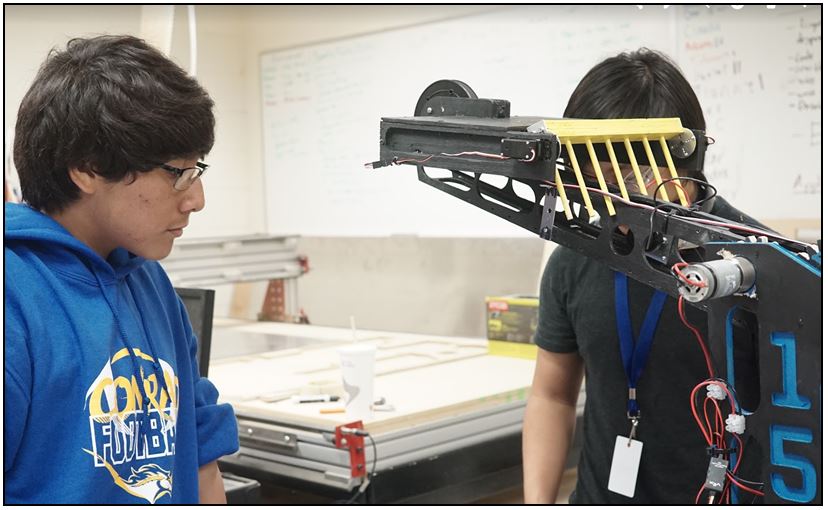 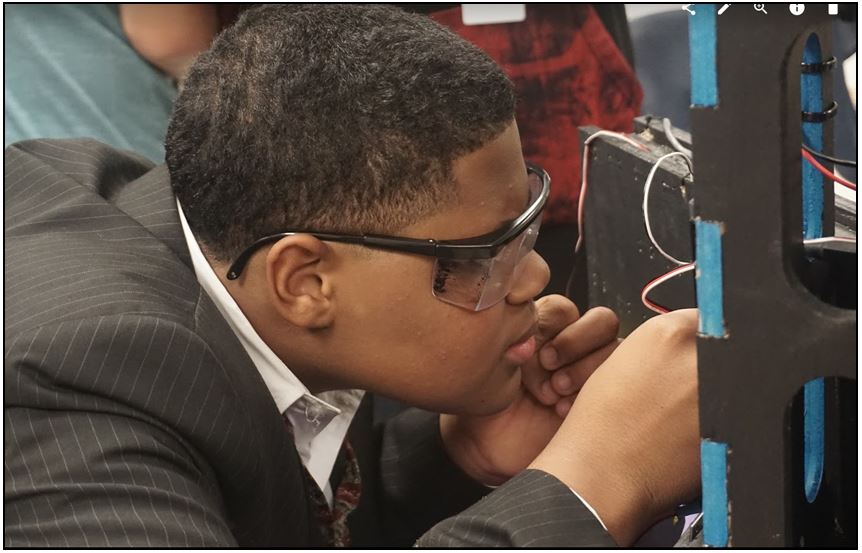 All that being said, we’re finishing up the week with what looks like a pretty impressive effort. The parts all went together as CAD said they would. Everything more or less appears to work, but “foreshadowing ahead”… we didn’t have ANY driver practice on the final robot. Also, the code is extremely basic (no encoder feedback on the arm) and untested. In a typical FRC build season, we’d expect to have 2-3 weeks of practice/iteration time on our robot before our competition… not zero!

All that being said… we survived another build season. Mentors are happy to be done 🙂